According to UNESCO, there are nearly 260 million children and youth are out of school. Without intervention, these children are at risk of continuing the vicious cycle of poverty.

Educating a child is an incredible agent of change. Experts agree that when attacking the big global issues like poverty, homelessness, hunger, disease, and human trafficking, no intervention can have more across the board impact than improving the access to and quality of education.

We believe in teamwork. We work side by side with our communities and partner with local organizations. They tell us what they need and we listen. We respect and utilize their ideas, belief systems, and local knowledge to ensure our project is a success. We understand that creating a successful school system is about more than just a building. It is about serving the needs of the community as a whole.

Donations Make Such A Difference!

Your gift ensures access to the basic human right of education for as many of the world’s children as possible.
$ 0
Provides one desk that seats up to four students
$ 0
Provides 6 bags of concrete or 6 sheets of roof metal
$ 0
Provides one trimester of school for orphans in DRC
PayPal
Mighty Cause

Primarily, Rise Up seeks to empower children and their communities by providing equal access to a quality education. We seek to expose and rectify situations where children’s basic rights to a safe education are being denied. We work to remove obstacles that prevent learning and encourage children and their communities to work together to create the future they envision for themselves. It is our belief that EVERY child deserves access to an education, and that providing paths toward that education will lead to positive change on a global level.

At Rise Up, we recognize that no gift or talent is too small. Some may offer the gift of the sweat of their brow. Others may offer a more specialized skill. Others still may wish to contribute monetarily. At Rise Up, it is the teamwork between the students, community members, board members, donors, local governments, and volunteers that provides our strength. We believe that every donation counts. That being said, we vow to utilize all donations to create learning environments that have the potential to create the most impact.

Rise Up is dedicated to using integrity and honesty in all of our dealings. We follow all laws to the letter and strive to deal with all we encounter in a way that is respectful and candid. What you see is what you get. *With exception of personal privacy.

A Thoughtful and Sustainable Business Model

Although our primary goal is education, we also feel passionate about utilizing local materials and labor in order to have a positive impact on local economies. We vow to use due diligence to ensure that every dollar spent is being used in a resourceful and intelligent manner. It would be disrespectful to our donors and the communities we serve not to have every dime making the most impact possible. Our goal is to build solid structures that will provide a measurable educational impact for years to come.

Rise Up is dedicated to upholding and respecting the individual needs of the communities we serve. Together, Rise Up, community leaders and local citizens will work together to support the educational needs of that community. The local people are the most knowledgeable source of their community’s unique educational needs. We will insist on cooperation from the local population as a means to promote ownership.

At Rise Up, we realize that we are extremely lucky to be in a position of service and that we receive as much from those we serve as they do from us. We will never approach a project out of pity, but rather treat people with the respect and dignity they deserve. The best way to help children rise up is by keeping the desire for equality through education at the heart of each project. We will strive to remember that our work is about the children and the communities we serve, not about us.
We understand that creating a successful school system is about more than just a building. It is about serving the needs of the community as a whole.
Ethiopia
Konso, Ethiopia
Ghana
DR, Congo
Ethiopia

Ethiopia, in the Horn of Africa, is a rugged, landlocked country split by the Great Rift Valley. With archaeological finds dating back more than 3 million years, its thought to be the birthplace of humanity.

Konso is a town on the Sagan River in southwestern Ethiopia. Konso is known for its dry, hilly environment at the edge of the Rift Valley in Southern Ethiopia. Life is simple there and has remained largely unchanged for the last 400 years. The people live in closely packed communities of wood and mud huts with woven thatched roofs. The Konso people grow a variety of crops on terraced farms, such as moringa, teff, corn and sorghum. Many of the small communities are surrounded by attractive and artistically designed rock walls. They create a striking image. It is a vibrant place with a rich and fascinating culture.

Ghana, officially the Republic of Ghana, is a country along the Gulf of Guinea and the Atlantic Ocean, in the sub-region of West Africa. Ghana is relatively small in both population and area. In addition to being known for its lush forests, diverse animal life, and miles of sandy beaches along a picturesque coast, Ghana is also celebrated for its rich history—its habitation possibly dating from 10,000 BCE—and as a fascinating of cultural heritage. During the 1400s, a myriad of castles and forts were built during the heyday of the Gold Coast. Sadly, these castles were pillaged by various European countries and became the last thing many Africans saw of their continent as they were boarded on to ships and stolen away to be slaves. Today many people make the pilgrimage back to these castles, some of which are now museums to honor the many Africans stolen and forced into bondage.

Democratic Republic of the Congo

The Democratic Republic of the Congo, also known as Congo-Kinshasa, DR Congo, the DROC, or simply either Congo or the Congo, and historically Zaire, is a country in Central Africa. It is, by area, the largest country in sub-Saharan Africa, the second largest in all of Africa, and the 11th-largest in the world. Much of the population is currently living in extreme poverty on less than $1.90 a day. Despite this, it is a country rich in natural wonder and beauty. It is home to Nyiragongo, an active volcano that soars above the city of Goma. Those who have made the 5-hour climb to the top are rewarded with an unparalleled view of Virunga National Park. Tourists can also visit Lola Ya Bonobo Sanctuary, one of the only sanctuaries for Bonobos, an endangered species of monkey. These fascinating animals share 98.7% of human DNA and are a non-aggressive matriarchal society. Although DR, Congo has an incredibly tumultuous history, it is a place filled with stoic and brave people who seek a brighter future.

We envision a world wherein every child has access to a quality education in a safe environment.

Rise Up is committed to providing educational spaces, opportunities, and learning resources to rural, developing, and indigenous communities around the world.

children, adolescents and youth worldwide are out of school

children, world-wide, aged 3 to 5 do not have access to pre-primary education

A child whose mother can read is

more likely to survive past the age of 5 (Global Citizen)

a day per child, is the average cost of education in developing countries

(Education for All Monitoring Report)

(GEM Report: Education for people and planet: Creating sustainable futures for all, 2016)

children around the world remain unschooled

As a result of poverty and marginalization (Humanium) 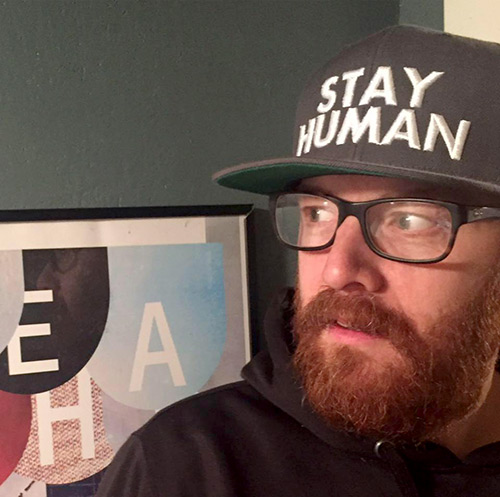 Scott Batie is a 5th Grade teacher at Hulbert Public Schools, but his most important role is being a father to Ava, Eli, Jonah, and Bella and a husband to Amy. This big job led to his current role as founder and director of Rise Up, Inc. His family inspires him daily to make the world a better place by spreading access to education across the globe, one small village at a time. In his free time he enjoys mountain biking, cruising around in his VW bus, and collecting and listening to records. 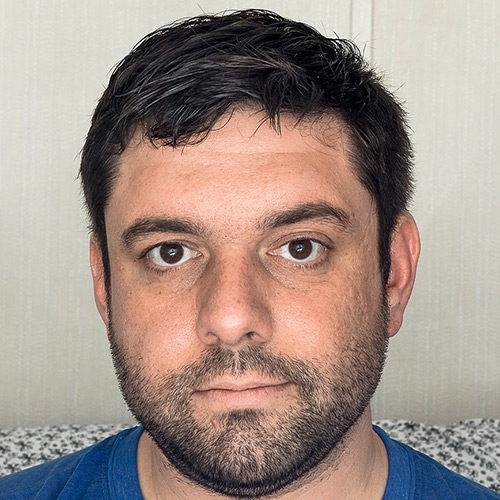 Chris Garrett is the Assistant Director of Enterprise Systems at Northeastern State University. He is also an incredibly talented photographer, a tech enthusiast, and a kid at heart. He not only volunteers for Rise Up, but also works tirelessly to raise both funds and awareness for the Huntington’s Disease Society of America. He keeps our team connected and up to date with the latest technological advancements and makes incredibly confusing tech seem simple. 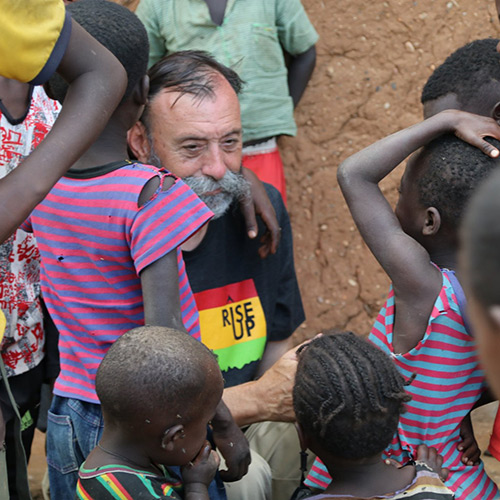 John Yeutter is a retired Emeritus Associate Accounting Professor at Northeastern State University. He received his PhD from OU in 1996 and became a legend in both the classroom and the stands of Northeastern State University for his mustachioed, green-man, super-fan costumes. He is the highlight of any sporting event he attends and is easily the most colorful sports fan in Tahlequah. He is also a recent candidate for Oklahoma State Treasurer and is well known locally for his activism for racial equality. He is a man of great integrity and is passionate and proactive about making positive change in the world. 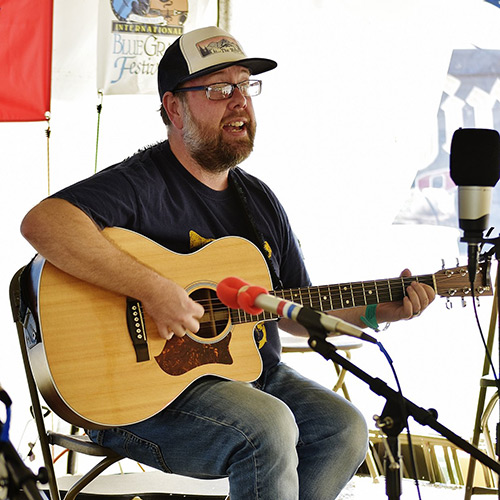 Joe Mack is a man of many talents, and he generously shares them all with our organization. He is the founder of Wicked Pickle, an independent entertainment production and consulting company. He is also a Multi-Media Marketing Specialist for the Tahlequah Daily Press. He funds his playcations through his incredible musicianship and can usually be found playing the guitar and singing his songs for supper somewhere between Tahlequah and Colorado. 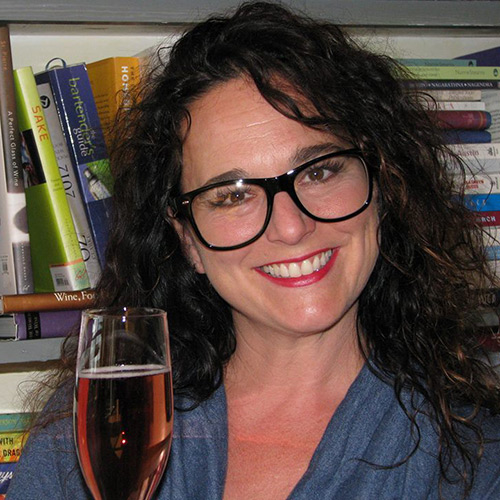 Heather Ezell is the fascinating and fabulous owner of Hang Zen Yoga on Lake Tenkiller. She is also a talented sommelier, lover of flowers, fine food, and all things that bring light and beauty into the world. She shares all these gifts and more with our organization. She oozes calm, class, and kindness and inspires us all to be better global citizens. 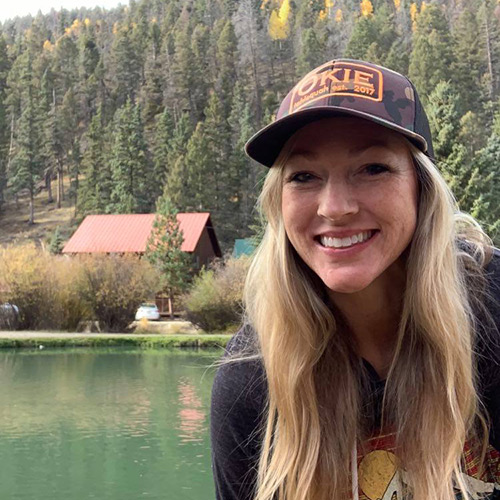 Tamarkia Fisher is a Children First RN and Lactation Consultant at Cherokee County Health Department during the day and an amazing mother by night. When not advocating on the front lines for women and children, she enjoys mountain biking and hiking in the great outdoors. She is an organizational wonder and shares her knowledge and time with Rise Up selflessly. 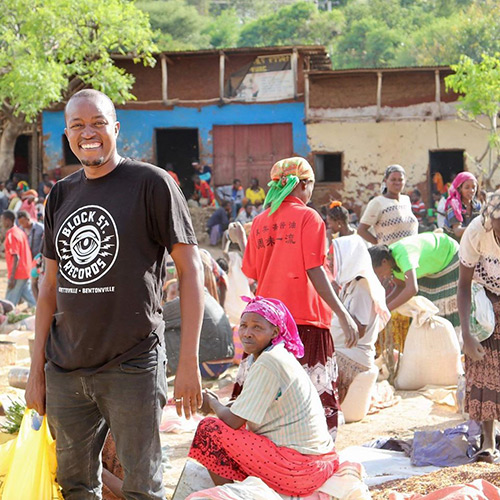 Chuchu Yohannes is a tour guide who loves to share the beauty and culture of his Ethiopian homeland with visitors from across the globe. He works tirelessly as a liaison and translator between Rise Up and our partner organization The Konso Development Association. He also makes sure we have up to date and accurate communication with the local government and the school staff in Konso. In addition he serves as a photographer, driver, guide, and a valued friend. 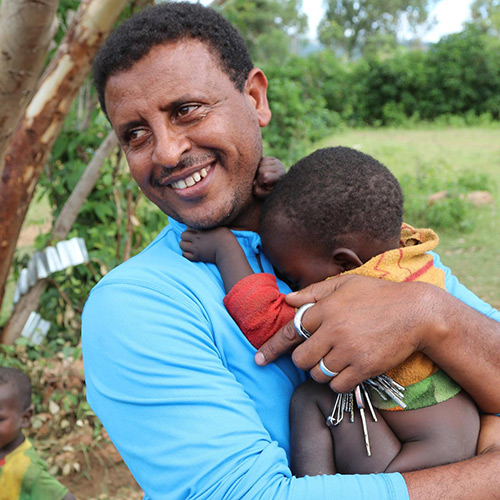 Rise Up wouldn’t exist without the generosity of Ephrim Bekurtsion. He introduced our organization to every facet of Ethiopia. He is our driver, fixer, translator and cultural ambassador. He provides both lodging and transportation for our team when in Ethiopia. He is a respected family man and business owner who lives to share his knowledge of the wildlife and wonder of Ethiopia.